Even the arrival of Storm Hannah couldn’t stop hundreds of residents turning out to vote for the  YOUdecide finalists at the Safer Gosport Community Day, Saturday 27th April 2019. 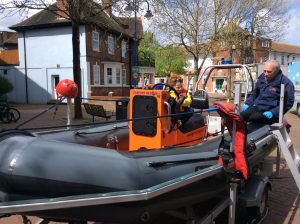 In addition to the voting, residents enjoyed meeting a whole host of volunteers including GAFIRS, SERV Wessex, South Central Ambulance Service, HIOWAA and HM Coastguard.  Paw Patrol’s Chase also made an appearance too much to the delight of local youngsters.

Following a tense wait on the day, the results were announced for the winners of the 2019 YOUdecide vote with the projects by Motiv8 and Loud & Proud successfully being funded.  Oarsome Chance received the remainder of the £10,000 towards their project and you can find more information about the process on the Youth YOUdecide page. 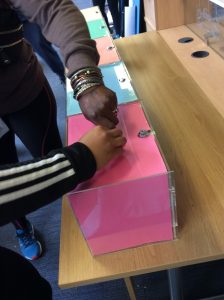 Whilst the sun only made a brief appearance on the day, it failed to dampen the spirit of the 2018 Safer Gosport Community Day! Residents were welcomed by a whole host of local organisations in Lawrence Square on Saturday 21st April. 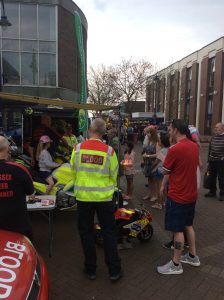 Age was no barrier to learning new skills, with many residents young and old alike learning life saving skills with the Community First Responders team…even Paw Patrol got in on the action! 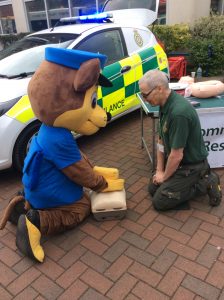 Lots of residents took up the offer of free cycle coding, which was carried out by the Hampshire Police Cadet members. 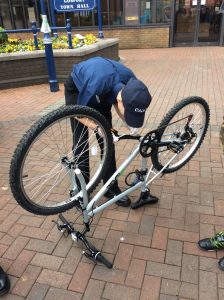 Music was provided by young people from Motiv8 and the vehicle display proved to be as popular as ever with the younger members of the community, as well as the chance to learn life saving skills from the Community First Responders. 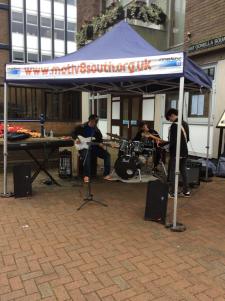 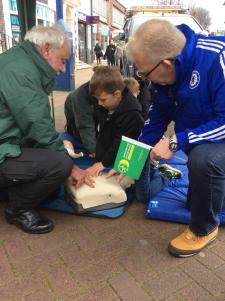 Queues of people took the opportunity to get their bicycles coded for free by Hampshire Police Cadets, along with the chance to purchase their discounted cycle locks to guard against potential theft. 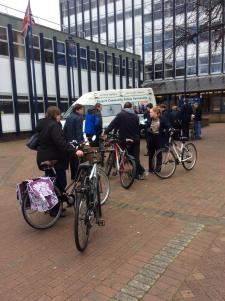 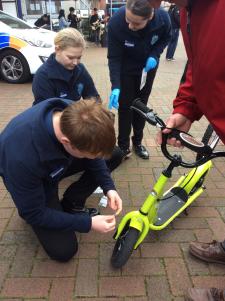 Police and Crime Commissioner Michael Lane and MP Caroline Dinenage joined the many visitors obtaining information and advice from organisations such as Victim Support, Neighbourhood Watch and Gosport Street Pastors. 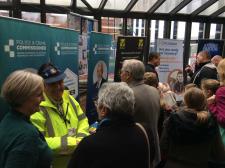 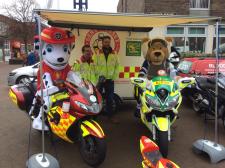 A number of residents also took part in the free prize draw winning a range of prizes including High Street vouchers, Easter Eggs and more – special thanks to Affinity Hair and Beauty and Gosport Leisure Centre for their kind donations. 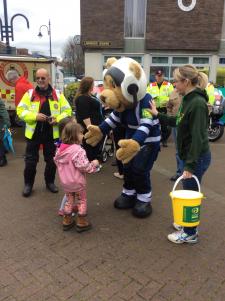 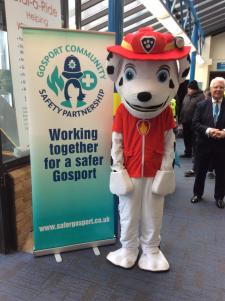